Since the theme of these last couple of years has been TransAtlantic, I’m going to zip from this side of the pond where I’ve located the last few posts over to the other side, to the lovely and lightly trodden Sarthe department of the Pays de la Loire, France.  A few years ago I had mapped out a route through Pays de la Loire (the region where my mother was born) and Normandy visiting the myriad of outsider art sites along the way.  YES, there are many. And yes, I too have wondered why. Of all cultures, the French are known  the world over for being proper. And yet, AND YET, France has the highest concentration of wacky built environments. Sitting alongside their deep sense propriety is a simultaneous undercurrent of “pourquoi pas?”, maybe more commonly thought of as Joie de Vivre! I can hardly think of two more apt phrases to describe “Le Jardin Humoristique” that I visited in the Alençon suburb, Fyé.  This roadside environment had been on my bucket list since I found this book , “Bonjour aux Promeneurs”, in 1996. If ever there was a character beckoning to me from a book cover, this was my man! 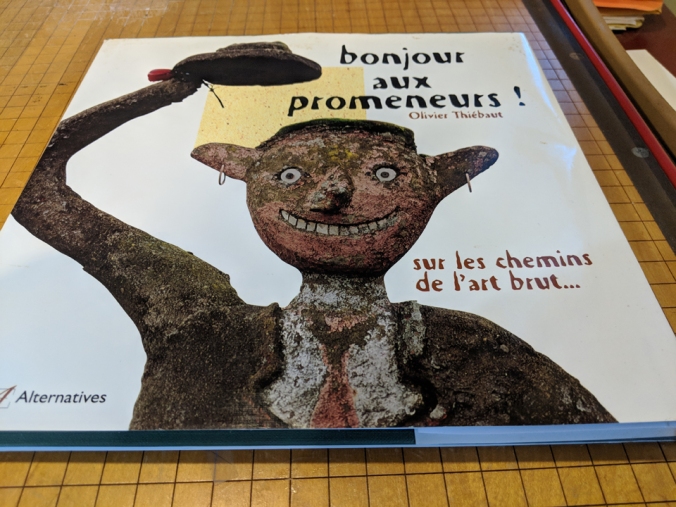 By the time I made it to Le Jardin Humoristique this jolly fellow felt like an old friend AND I saw, as I stepped  out of the car, he had gotten a face lift and had sprouted hair!

Fernand Chartelain, a one time baker and subsequent farmer, built this roadside attraction in his retirement for his own and passerby’s amusement.  He sculpted a welcome sign, “Bonjours aux Promeneurs” and affixed it front and center to the modest fence that bordered his property on Route 138.

Knowing that drivers would be jamming on their brakes he added admonitions such as “Be careful not to have an accident” and later more whimsical advice, “Only roll downhill”.

Chatelain drew his first inspiration from a dictionary illustration of a centaur. 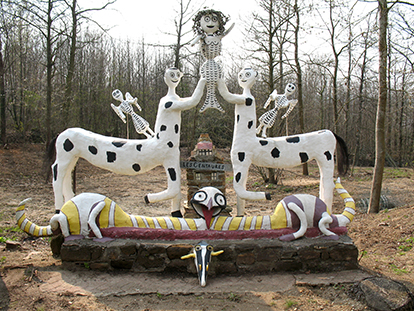 And the Mobile gas station logo of Pegassus:

And the familiar children’s story, Babar. 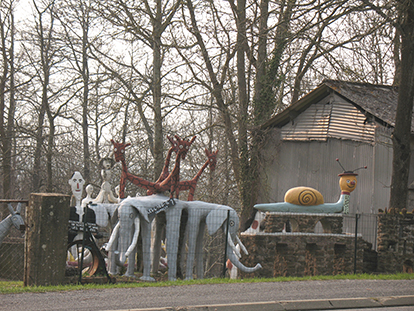 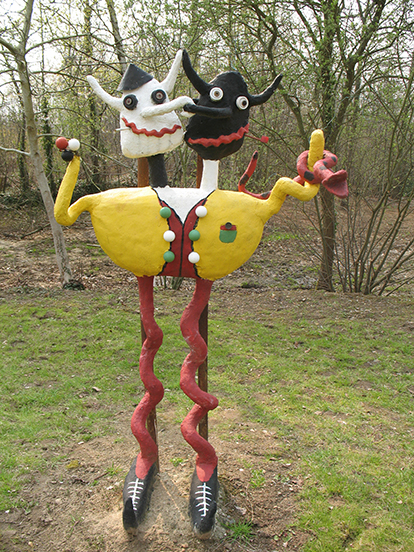 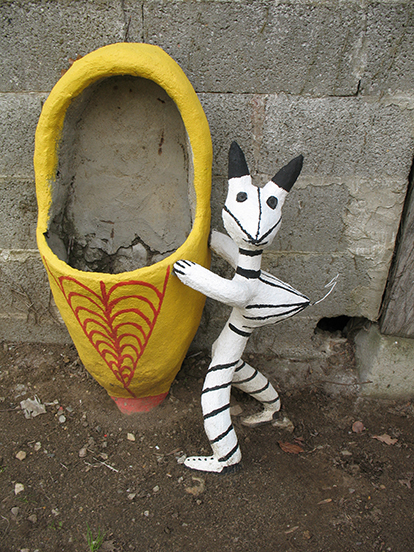 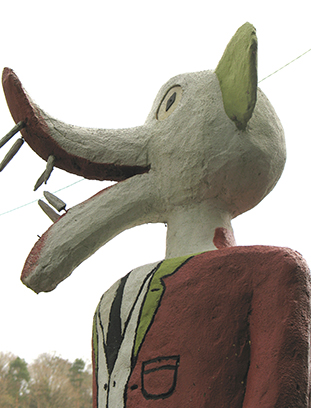 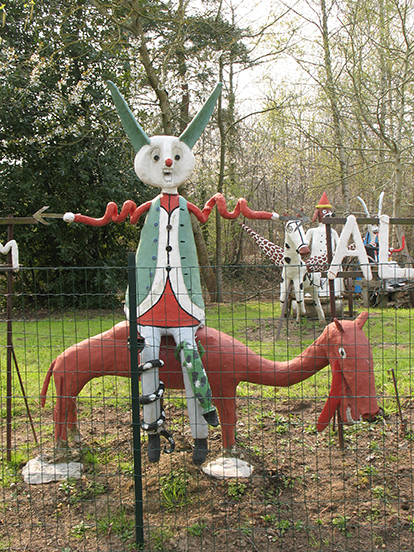 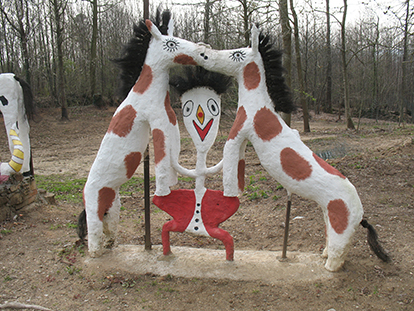 Though most reports suggest Chatelain’s creations were enjoyed by the public, his work also suffered from periodic vandalism. But despair and discouragement were not in Chatelain’s wheelhouse. With the assistance of his wife, Marie Louise, he  repaired and re-painted, his work constantly evolving. Finally after 23 years creating his Jardin Humoristique, Chatelain was forced by age to abandon his work in 1988. For 20 years forces of nature took their toll on this whimsical roadside attraction until at nearly the last minute a group of art brut admirers formed “The Friends of Fernand Chatelain”  in 2005 and got to work to restore the sculptures. Though there have been detractors to the shockingly vibrant new paint applied to the reconstructed concrete surfaces, I really don’t think Monsieur Chatelain would have minded at all. In fact I’m quite certain he is broadly smiling from above or below.